Super typhoon named Xuan Lannuo weakened to a strong typhoon, the port should still be highly vigilant. (Date of 2rd,September) 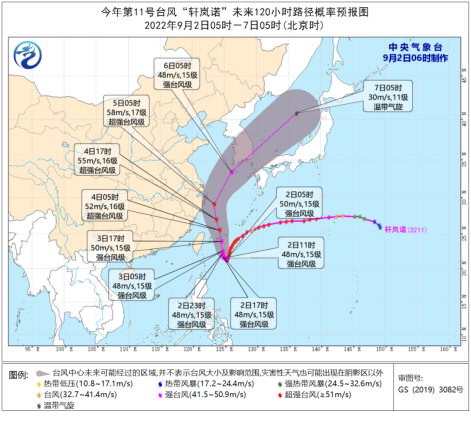 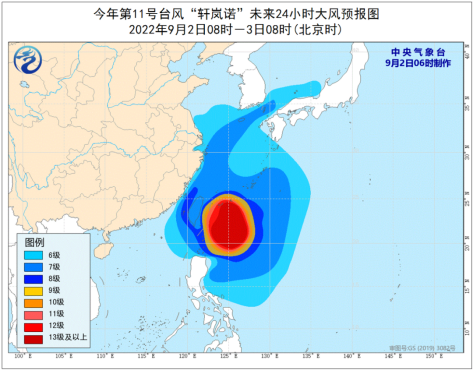 It is expected that "Xuan Lan Nuo" will stagnate or revolve in the ocean east of Taiwan, and its intensity will weaken; it will turn to move northward from the 3rd, and move into the East China Sea at night on the 3rd. Approaching the coast, it will turn to the northeast in the coastal waters of Zhejiang around the evening of the 4th, and tend to the coast from the southern part of the Korean Peninsula to Japan's Honshu Island.

Water operations in relevant waters and passing ships should return to the port to take shelter from the wind, strengthen port facilities, and prevent ships from running away from anchor, grounding and collision.